For more about botany in the Buckeye State, visit ohioplants.org, the companion to Ohio Plants, EEOB 2210.

Battelle Darby Creek Metro Park is the largest park in the Franklin Co. Region. With a whopping 7,000 plus acres which boast a variety of different wildlife and flora. With two scenic rivers and a number of wetlands. You can also find prairies and forest. This park has such a variety of different plant life, different areas to explore I had no problem exploring and finding a variety plants. There is a plethora of different trails through natural forested areas, as well as through high grass, and next to the rivers. Both me and my dog had a great time exploring this area and finding more about the plants growing there!. ALSO fun fact they have reintroduced wild Bison back into some of the prairies there how cool is that?! 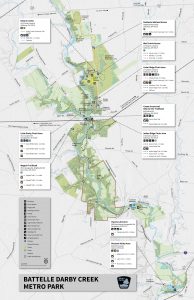 TREES
Honey Locust or Gleditsia triacanthos. this tree is identifiable by it’s spiked branches of which the thorns are several inches long. its leaves are palmately compound, with small which produces long black seed pods of which I did not collect any photos as there were none on the tree but on the ground. 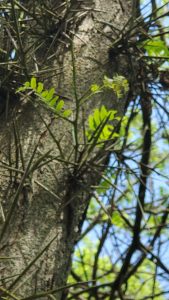 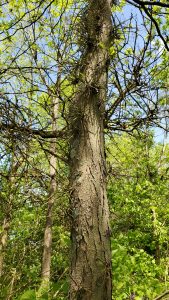 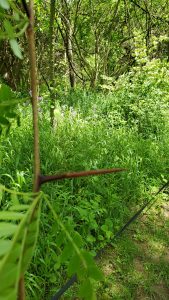 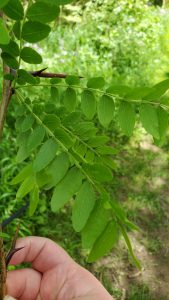 Sweet Maple was another tree I found at BDCMP. The Sugar Maple which is largely identifiable because of the fruit which in comparison to other maple types is small and green versus the other larger fruits of the different maple species. additionally the leaf which is less deeply lobed. 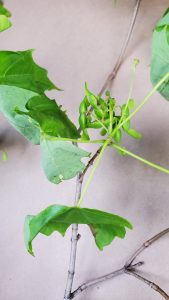 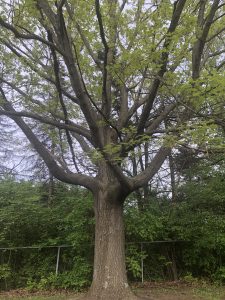 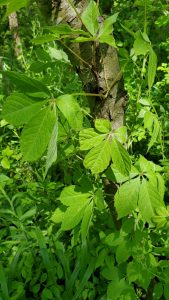 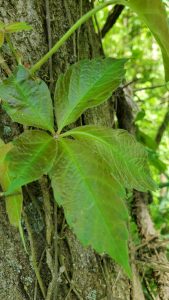 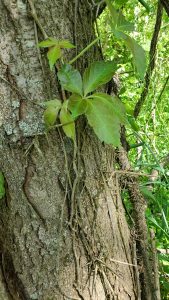 Red Raspberry
A flowering plant I identified was very similar to the common blackberry flower I identified last week however this stalk was very large, and although not well depicted in this photo the stalk was also quite prickly. Additionally although part of the rose family as well the Red Raspberry rubeus Idaeus has pinnately compound leaves serrated with 5-7 leaflets per leaf vs the 3 of the common blackberry. 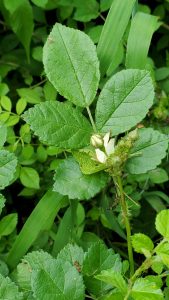 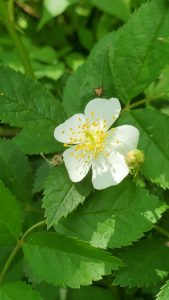 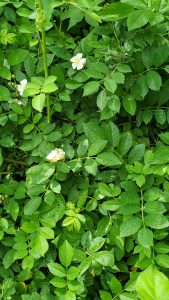 Sweet White Violet
Another flowering plant I foud at BDCMP is called the sweet white violet. or V. Blanda it is identifiable from other wild violets because it is white, and because as you can see the leaves are heart shaped and pointed at the end. 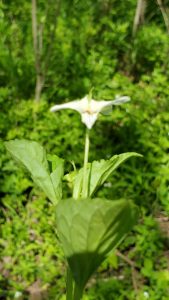 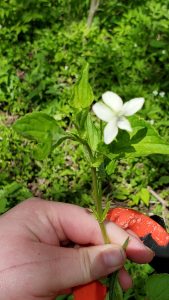 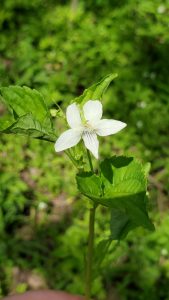 Last but not least the dreaded Poison Ivy which is identifiable from other vines from its trifolate leaf pattern. it can be an errect shrub or a tree vine. And other than the 3 leaves with long stems the leaves are variable and can be smooth or serrated, and sometimes reddened. additionally this vine has white “berries” 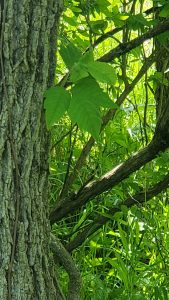 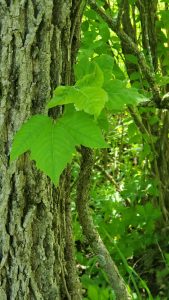 Coefficient of Conservation
with regards to the coefficient of conservation This “Floristic Quality Index” allows comparison of the floristic quality among many sites and tracking changes at the same site over time. It is not intended to be used as a stand-alone method, but rather to complement and corroborate other methods of evaluating the natural quality of a site.

The method assigns a Coefficient of Conservatism to each native plant species based on that species tolerance for disturbance and fidelity to a particular pre-settlement plant community type. The aggregate conservatism of all the plants inhabiting a site determine its floristic quality. Refer to Swink and Wilhelm (1994) for a thorough discussion of the method and how to calculate a Floristic Quality Index. 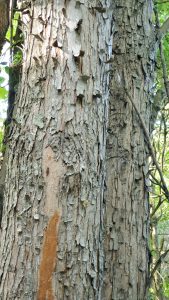 Another example is Fringed Brome CC=7 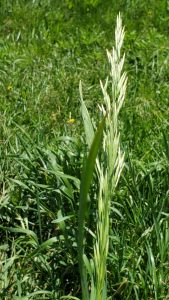 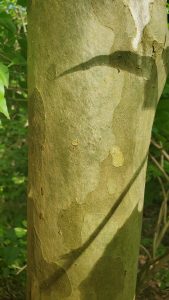 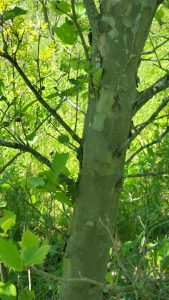 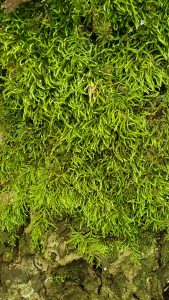 on the low spectrum I found
the stout blue eyed grass. a common weed found in prairies and roadsides. CC=2 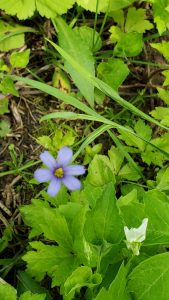 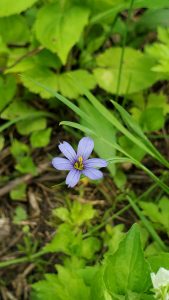 the foxgrape a species of grape vine. Identifiable by the red colored, and you can’t see here but the felt like texture under the leaves. 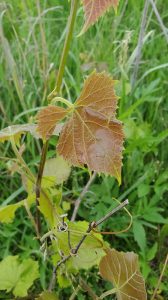 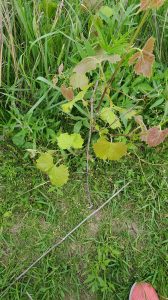 and finally the cleavers which is a vine that has a CC of 0 easily identifiable by the whorled leaves, and small green fruits. 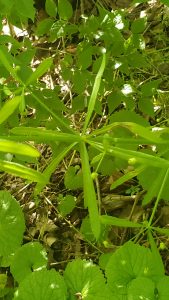 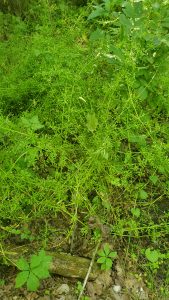